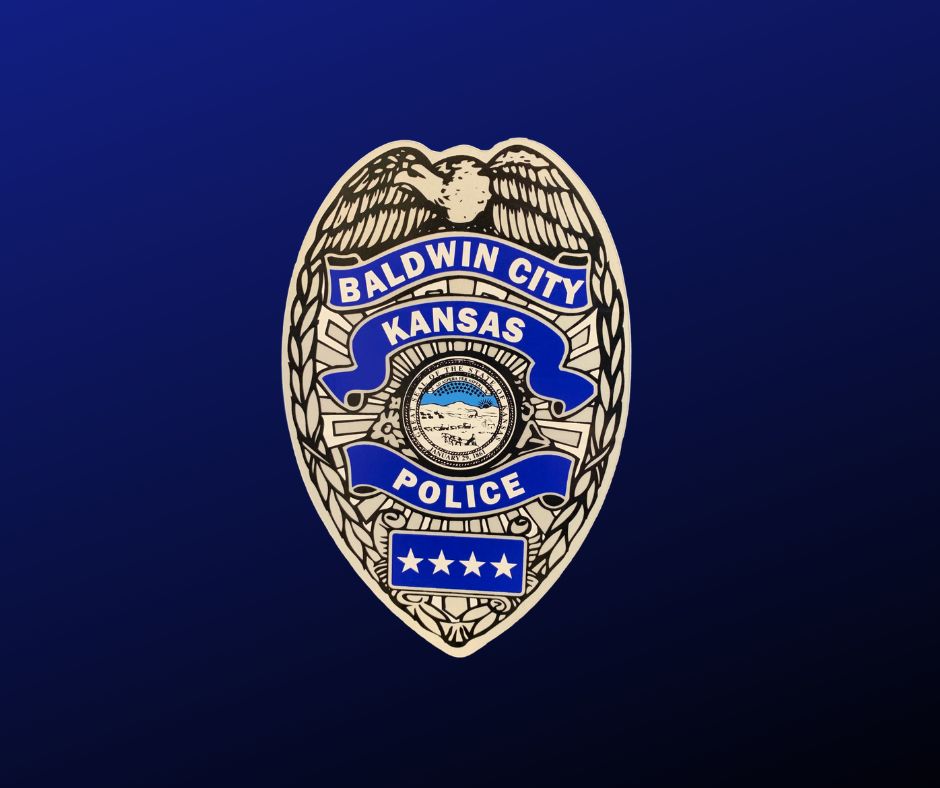 Thursday, August 18th, 2022, at about 3:25pm Officers from the Baldwin City Police Department were dispatched along with medical personnel to the intersection of 8th and Ames (56 Highway) in reference to a car versus pedestrian accident. From preliminary information available, it appears a 15-year-old Baldwin High School student was struck as he crossed south across 56 Highway at the intersection by a 2012 Hyundai Santa Fe driven by an 84-year-old Baldwin City resident.

The vehicle involved remained at the scene, and the 15-year-old boy received immediate attention from witnesses and first responders. The 15-year-old boy appeared to have non-life-threatening injuries. He was transported to a Kansas City area hospital by ambulance for precautionary reasons.

We’d like to extend a big thank you to the witnesses who stopped to help and the Douglas County Sheriff Deputies that assisted at the scene as well. Warmest wishes for healing to the injured party and their family from the BCPD.